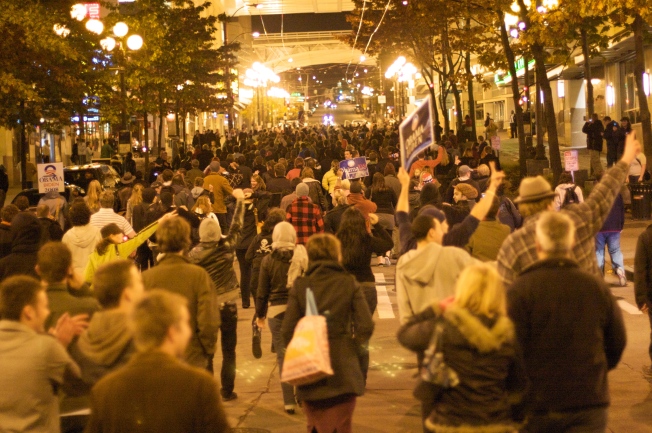 Soon after the election results had come in to the point where the major networks were willing to call it for Obama, I could hear from my 15th floor apartment in the heart of downtown that there was some growing activity going on in the streets.  So I tossed on a coat and wandered on down, straight into a spontaneous ‘flash mob’ that had gathered to celebrate.  It was a moving party, both literally and figuratively.  As it wound its way around downtown (and eventually up Pike street to Broadway) I was surrounded by a really wonderful mix of people – multi-ethic, generation-spanning, mixed-gender & everyone proud not only of their candidate but also of their country.

I was trying to experience the moment rather than play the documentary photographer but I did grab a few snapshots along the way – feel free to check ’em out on my flickr page.