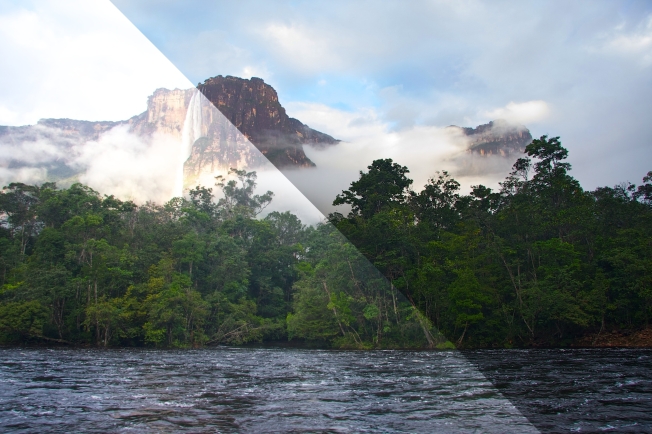 If you’re at all tuned in to the world of digital photography you’re probably already aware of RAW files and why you should use them. But just in case you’re not, the quick answer is that RAW files allow you to preserve as much data as possible from what the sensor captured. This is in contrast to what happens when you shoot JPEG, where your camera makes some fairly arbitrary decisions about what it thinks the photo should look like, often throwing away a lot of detail in the process. Specifically it will throw away details in the high end of the image – the brightest parts.

But what a lot of people don’t realize is that even if you are shooting RAW, any review you do when looking at the display on the back of the camera is also not showing you any of that highlight detail. In other words, even if you’re shooting RAW your camera will only show what you’d get as if you were shooting JPEG.

Why is this an issue? Because it means that you may be tempted to underexpose the image in order to prevent, for example, your sky from ‘blowing out’. Even though in reality your RAW photo may have already captured the full tonal range of the sky.

Here’s a quick example – first of all, a photo that I took directly off the display on the back of my camera. (Yes, this is somewhat meta :-).  As you can see, the sky appears to be completely overexposed to white. 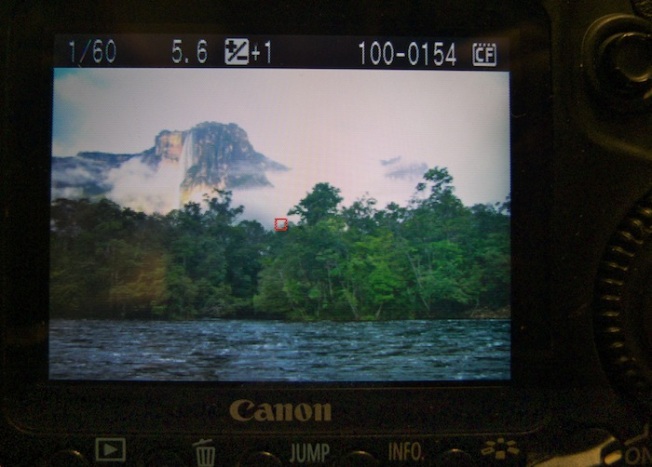 Here, I even made an animated GIF that shows you what the flashing overexposure warning on my camera looks like  (you may have to click on the image to see the animation).

Yup, the camera is telling me that, without a doubt, I’ve really overexposed this shot and have lost all that detail in the brightest part of the sky.  And if I had indeed been shooting jpeg this would be true.  I’d get home and view the file on my computer and I’d get an image that looks pretty much the same as what the display showed me, i.e. this: 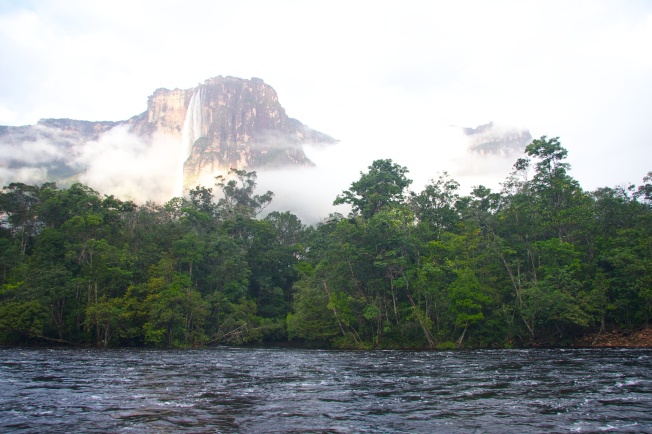 But I wasn’t shooting JPEG, I was shooting RAW.  And if I take the RAW file that I actually shot and bring it into something like Aperture or Lightroom and work a little magic, you can see that there’s a whole bunch of beautiful blue sky in the allegedly overexposed area. Like this: 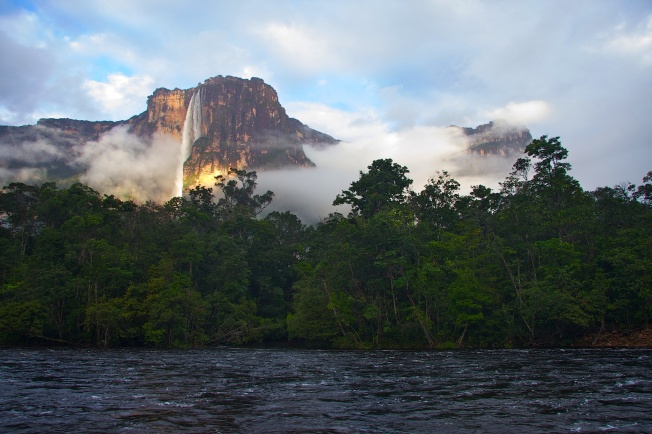 Tricky tricky.  Note that even the histogram display is misleading you – it, too, is showing you data relative to the JPEG file, not the underlying RAW file. 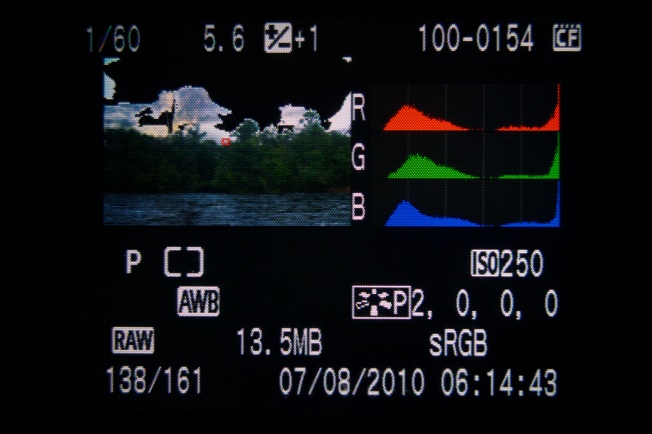 See how the right side of the histogram slams up against the wall?  This also indicates that you’ve clipped data.  Only you haven’t.

So beware, gentle readers.  Beware of the camera that lies.  Unfortunately there’s no good solution to this other than to develop some instincts about how much you should (or shouldn’t) trust your camera. It sure would be nice if manufacturers offered the option to display the image (and histogram) relative to the complete data captured in the RAW file but I’ve yet to find a camera that allows for this. Anybody seen one?

In the meantime, just be aware of the situation and plan your exposures accordingly!