I’ll admit it… I have, on occasion, actually watched a movie or two on my iPhone.  Forgive me David Lynch

(Hell, I’ll even condemn myself to a deeper circle of hell by admitting that I actually watched one of the most glorious wide-screen movies ever – Lawrence of Arabia* – on an iPhone while flying to Jordan earlier this year.   Of course I’ve seen it more than a few times already, but still…)

So even though it’s far from my preferred viewing scenario, all this talk about the alleged size-change of the next-generation iPhone got me to thinking about how that extra real-estate would affect movie-watching on such a device.

But there’s more to the story when you actually sit down to watch a movie, because every movie has a specific aspect-ratio  that will be fit into the screen you’re viewing it on.  So if we’re looking at something like The Godfather on our iPhone 4S (assuming our digital file is in the correct 1.85:1 aspect ratio that the original movie was shot in), it will be scaled to be the maximum width of the display and then ‘letterboxed’ top and bottom with black.  Here’s an example of what this looks like (only instead of letterboxing with black bars I’ve made them a dark gray so you can see them better). 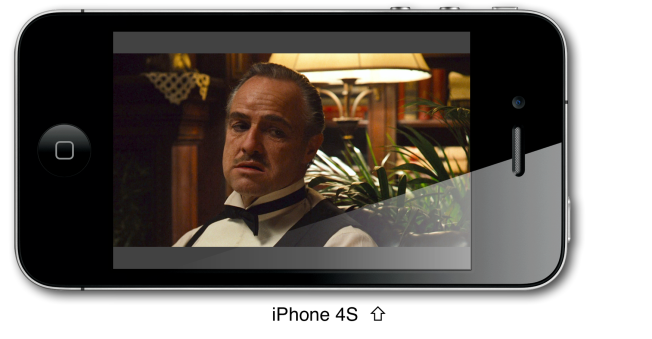 Now let’s look at the same movie on a taller (which, when we turn it sideways becomes wider) new device. 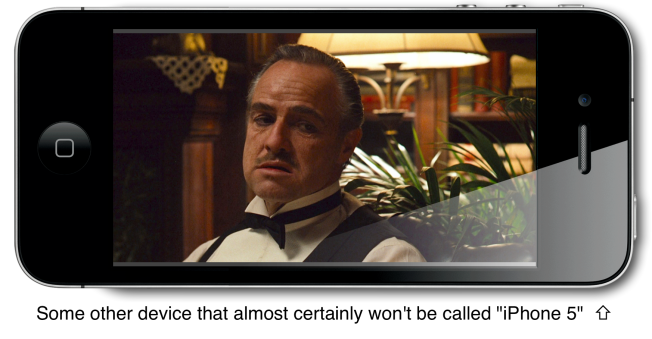 Raiders of the Lost Ark? 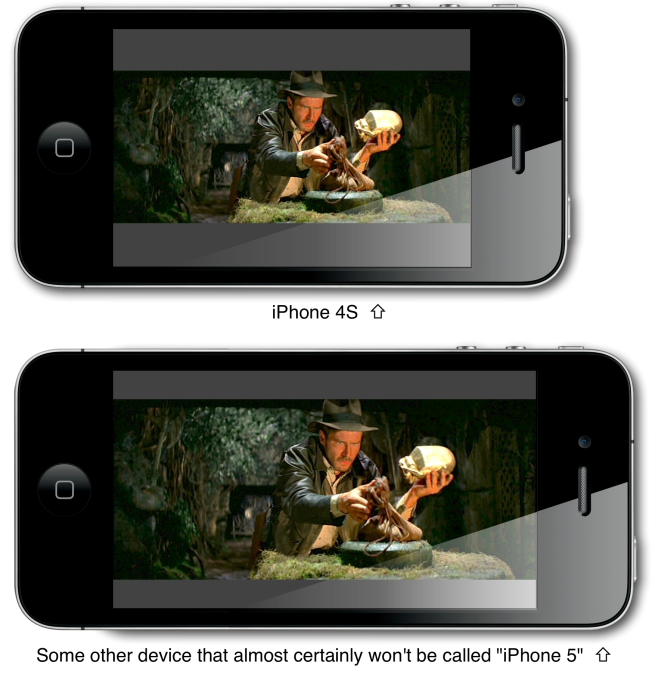 Much nicer, eh?  In fact, even though the display is only 18% bigger, the fact that our widescreen movies fit so much nicer into the frame actually means that they’re a whopping 40% bigger.

Of course if you’re watching Gilligan’s island – a show that was shot in the typical television aspect ratio of 1:33:1 (i.e. 4:3) it doesn’t buy you anything because the other dimension is the limiting factor. 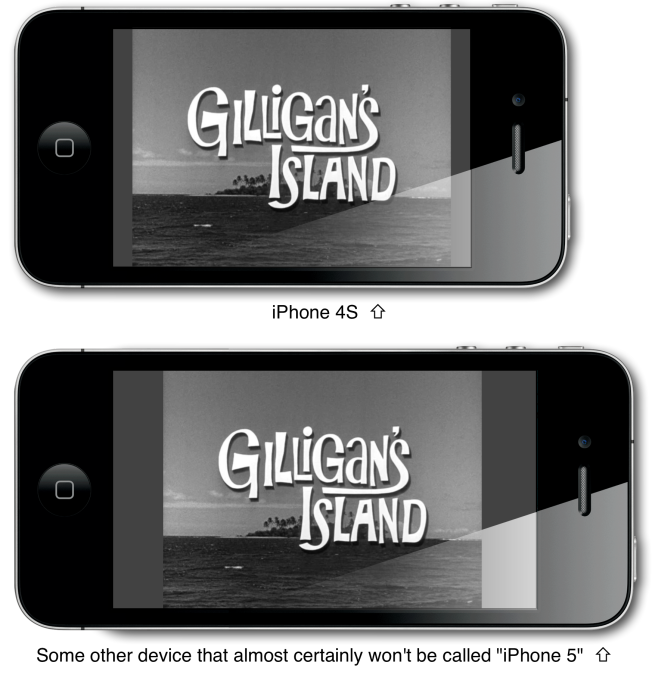 (Not to denigrate 4:3 by associating it only with Gilligan, by the way. Casablanca, Citizen Kane, Wizard of Oz… all 4:3)

But for the most part this new aspect ratio is a really nice perk for the movie-watcher.  Here’s one more example using Game of Thrones which was shot with the HDTV standard aspect ratio of 16:9.  This is almost exactly the aspect ratio of the alleged new iPhone and so it will now fit perfectly (i.e. without any letterboxing at all). 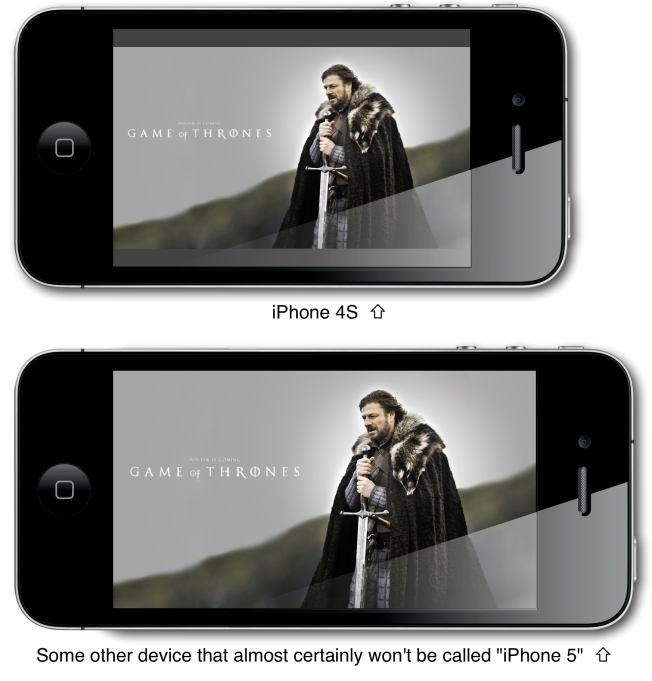 Also, completely unrelated to this article, feel free to go grab a copy of my FreezePaint iPhone app, which is already tonz o’ fun and which will be at least 40% MORE FUN on the iPhone 5.  Guaranteed.

(*speaking of Lawrence of Arabia, while I was grabbing some images for this blogpost I came across this, which is completely unrelated to aspect ratios or iphones but was just too awesome not to post.  Click to make bigger.  Didn’t find it with any attribution so if anybody knows who did it I’ll be happy to credit them). 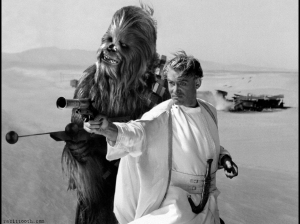