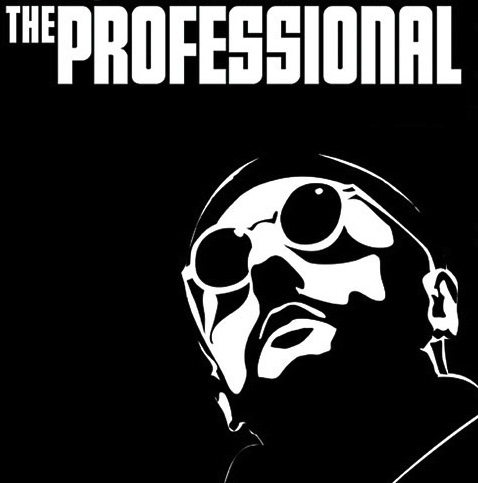 I’ve had a couple of people ask for my thoughts on the new FCPX release given my history with Apple and in particular my experience with how they dealt with another product that was focused (in our case almost exclusively) on professionals – the compositing software ‘Shake’.  So, even though I don’t think they’re totally analogous events, I figured I’d use it as an opportunity to make a couple of points about (my perception of) how Apple thinks.

For those that aren’t familiar with the history, Shake was very entrenched in the top end of the visual effects industry.  The overwhelming majority of our customers were doing big-budget feature film work and were, naturally, all about high-end functionality.

So after Apple acquired us there was a lot of concern that Cupertino wouldn’t be willing to continue to cater to that market and, although it took a few years, that concern did indeed come to pass.   The development team was gradually transitioned to working on other tools and Shake as a product was eventually end-of-life’d.

And back then the same questions were being asked as now – “Doesn’t Apple care about the high-end professional market?”

In a word, no.  Not really.  Not enough to focus on it as a primary business.

Let’s talk economics first.  There’s what, maybe 10,000 ‘high-end’ editors in the world?  That’s probably being generous.  But the number of people who would buy a powerful editing package that’s more cost-effective and easier to learn/use than anything else that’s out there?   More.  Lots more.  So, a $1000 high-end product vs. a $300 product for a market that’s at least an order of magnitude larger.   Clearly makes sense, even though I’d claim that the dollars involved are really just a drop in the bucket either way for Apple.

So what else?  I mean what’s the real value of a package that’s sold only to high-end guys?  Prestige?  Does Apple really need more of that?  Again, look back at Shake.  It was dominant in the visual effects world.  You’d be hard-pressed to pick a major motion picture from the early years of this century that didn’t make use of Shake in some fashion.  And believe me, Lord of the Rings looks a lot cooler on a corporate demo reel than does Cold Mountain or The Social Network.  Swords and Orcs and ShitBlowingUp, oh my.  But really, so what?

And really, from a company perspective high-end customers are a pain in the ass.  Before Apple bought Shake, customer feedback drove about 90% of the features we’d put into the product.  But that’s not how Apple rolls – for them a high end customers are high-bandwidth in terms of the attention they require relative to the revenue they return.  After the acquisition I remember sitting in a roomful of Hollywood VFX pros where Steve told everybody point-blank that we/Apple were going to focus on giving them powerful tools that were far more cost-effective than what they were accustomed to… but that the relationship between them and Apple wasn’t going to be something where they’d be driving product direction anymore.  Didn’t go over particularly well, incidentally, but I don’t think that concerned Steve overmuch… :-)

And the features that high end customers need are often very very unsexy.  They don’t look particularly good in a demo.  See, here’s the thing with how features happen at Apple to a great extent – product development is often driven by how well things can be demoed.  Maybe not explicitly – nobody ever told me to only design features that demoed well – but the nature of the organization effectively makes it work out that way.  Because a lot of decisions about product direction make their way very far up the management hierarchy (often to Steve himself).  And so the first question that comes up is ‘how are we going to show this feature within the company?’  All the mid-level managers know that they’re going to have a limited window of time to convey what makes a product or a feature special to their bosses.  So they either 1) make a sexy demo or 2) spend a lot of time trying to explain why some customer feels that some obscure feature is worth implementing.  Guess which strategy works best?

And by this I don’t mean to imply at all that the products are style over substance, because they’re definitely not.   But it’s very true that Apple would rather have products which do things that other products can’t do (or can’t do well), even if it means they leave out some more basic&boring features along the way.  Apple isn’t big on the quotidian.  In the case of FCP, they’d rather introduce a new and easier and arguably better method for dealing with cuts, or with scrubbing, or whatever, even if it means that they need to leave out something standard for high-end editors like proper support for OMF.  Or, to look all the way back to the iPod, they’d rather have a robust framework for buying and organizing music instead of supporting, say, an FM radio.  And it’s why Pages doesn’t have nearly the depth of Word but is soooo much more pleasant to use on a daily basis.

So if you’re really a professional you shouldn’t want to be reliant on software from a company like Apple.  Because your heart will be broken.  Because they’re not reliant on you.  Use Apple’s tools to take you as far as they can – they’re an incredible bargain in terms of price-performance.  But once you’re ready to move up to the next level, find yourself a software provider whose life-blood flows only as long as they keep their professional customers happy.  It only makes sense.

And, in spite of the fact that MacRumors characterized this post as saying “Apple Doesn’t Care about Pro Market” I don’t believe at all that ‘professionals’ should immediately flee the platform.  As with anything, you should look at the feature set, look at the likely evolution, and make your own decisions.  My perception of the high-end professional category is informed by my history in feature-film production, which is a large, cooperative team environment with a whole lot of moving pieces.  Yours may be different.

Ultimately my goal was to shed some light on the thought-processes that go into Apple’s decisions, and the type of market they want to address.   Bottom line is that I do think that FCPX will provide incredible value for a huge number of people and will undoubtedly continue to grow in terms of the features that are added (or re-added) to it.   Just don’t expect everything that was in FCP7 to return to FCPX because they’re really different products addressing different markets.  It’s up to you to decide which market you work in.